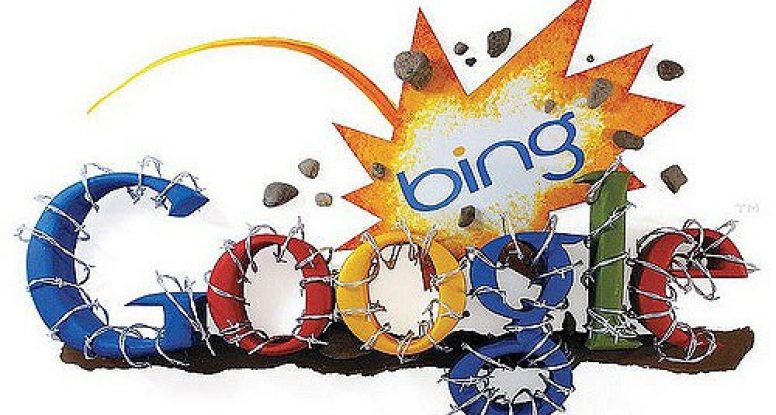 Is Bing the New Google?

The short answer is not yet.  But that doesn't mean Bing is out of the running completely. While Bing's share of core searches, 17.4 percent, isn't in the same league as Google, who dominates with a 66.7 percent share, it is steadily rising. When compared to Yahoo's consistently decreasing 11.9 percent share, Bing is becoming what Yahoo no longer is: a search engine that is a viable alternative to Google.

The problem for Bing has never been stealing audiences from Yahoo; instead, they have to figure out how to get users of Google to make the switch. Earlier this year, Microsoft attempted to sway users with Bing it On, which demonstrated Bing's effectiveness in comparison to Google (and ultimately it's similarity, too). While the company claims that people prefer Bing over Google for top web searches, the core search shares show that most people are still choosing Google over Bing.

How Will Bing Sway Google Users?

Two new developments may be the key to attracting more Google users to Bing. First, Siri is now using Bing as it's default search engine. While Apple is not committing fully to Bing – Google is still the default search engine for Safari –  the switch does allow more users to be exposed to Bing. Although, they will be exposed unknowingly. There is no branding when you do searches on Siri, and this may be a way for Apple to ease into using Bing without causing user upset. Most likely, Apple is trying to avoid a repeat of the Apple Maps fiasco. Still, the integration of Bing and Siri is a good exposure for Bing.


The second development is the incorporation of Bing into Windows 8.1. The new capability means that Windows 8.1 users can simultaneously search their hard drive and the web. The key for Bing was keeping results relevant. NBC news reports that over time the system applies dynamic ranking to your results, based on your prior clicks, just like when you search the Web. Another revolutionary aspect of Bing's approach are the "Hero" pages. When you search certain people, places, or things you get a side-scrolling page of local files, streaming media, news and background information.

The integration of Bing directly into Windows makes the line between what's on your computer and what's on the Internet harder to define. Time will have to tell if this is a development that significantly closes the gap between Bing and Google, but the exposure certainly can't hurt.

What search engine do you use most often? Do you use one outside of the "Big 3" (Google, Bing, Yahoo!)? Chime in on our Facebook page or @mention us on Twitter.