Can you remember something funny? Better than something dry and technical, we bet. Humor in social media can go a long way. Are you considering using humor with your social media activities? If not, here is some assistance to get you on the path to humorous interaction.

It’s no surprise that using humor in advertising is an effective way to connect with your audience and humanize your company or brand. What about using humor in social media?

Don’t Forget To Keep Your Audience In Mind When Using Humor in Social Media.

Not all humor lands right. Edgy humor may be the hardest to gauge, because one person’s “edge” is another person’s “too far.” Slapstick humor tends to work best with young or old audiences, politically-charged humor should be used sparingly if at all, and religion-based humor should probably not be used at all. Cleverness and wit work in any arena, as long as it’s not sarcastic — sarcasm doesn’t translate well to text. 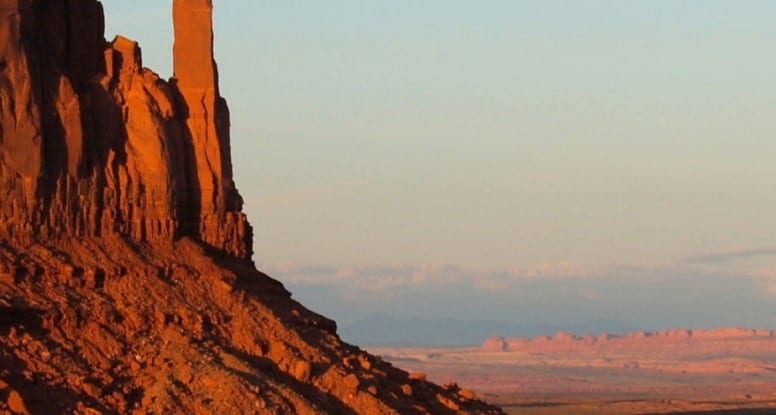 This is Why Social Media Etiquette is Important Companies have long used criminal background checks and credit reports and even searches on Google and LinkedIn to explore the previous lives of potential  employees. Now, some companies are requiring job candidates to also pass a social media background check.

A year-old start-up, Social Intelligence scrapes the Internet for everything prospective employees may have said or done online in the past seven years.

Then they build  a dossier with examples of professional honors and charitable work, along with negative information that meets specific criteria: online evidence of racist remarks; references to drugs; sexually explicit photos, text messages or videos; flagrant displays of weapons or bombs and clearly violent activity.”We are not detectives,” said Max Drucker, chief executive of the company, which is based in Santa Barbara, Calif. “All we assemble is what is publicly available on the web today.The Federal Trade Commission, after initially raising concerns last fall about Social Intelligence’s business, determined the company is in compliance with the Fair Credit Reporting Act, but the service still alarms privacy advocates who say that it invites employers to look at information that may not be relevant to job performance.

And what unsuitable  information has led to job offers being withdrawn or not made? Mr. Drucker said that one prospective employee was found using Craigslist to look for OxyContin. A woman posing nude in pictures she put up on an image-sharing site didn’t get the job offer she was seeking at a hospital.

Other background reports have turned up examples of people making anti-Semitic comments and racist remarks, he said. Then there was the job applicant who belonged to a Facebook group, This Is America. I Shouldn’t Have to Press 1 for English.” This raises a question. “Does that mean you don’t like people who don’t speak English?” asked Mr. Drucker rhetorically. Mr. Drucker said his goal was to conduct pre-employment screenings that would help companies meet their obligation to conduct fair and consistent hiring practices while protecting the privacy of job candidates.

For example, he said the reports remove references to a person’s religion, race, marital status, sexual orientation, disability and other information protected under federal employment laws, which companies are not supposed to ask about during interviews. Also, job seekers must first consent to the background check, and they are notified of any negative information uncovered.

He argues the search reduces the risk that employers may confuse the job candidate with someone else or expose the company to information that is not legally allowable or relevant. “Googling someone is ridiculously unfair,” he said. “An employer could discriminate against someone inadvertently. Or worse, they are exposing themselves to all kinds of allegations about discrimination.”

Marc S. Rotenberg, president of the Electronic Privacy Information Center, based in Washington, said that employers were entitled to gather information to make a determination about job-related expertise, but he expressed concern that “employers should not be judging what people in their private lives do away from the workplace.”

Less than a third of the data surfaced by Mr. Drucker’s firm comes from such major social platforms as Facebook, Twitter and MySpace. He said much of the negative information about job candidates comes from deep Web searches that find comments on blogs and posts on smaller social sites, like Tumblr, the blogging site, as well as Yahoo user groups, e-commerce sites, bulletin boards and even Craigslist.

And it is photos and videos that seem to get most people in trouble. “Sexually explicit photos and videos are beyond comprehension,” Mr. Drucker said. “We also see flagrant displays of weapons. And we see a lot of illegal activity. Lots and lots of pictures of drug use.”

He recalled one man who had 15 pages of photos showing himself with various guns, including an assault rifle. Another man included pictures of himself standing in a greenhouse with large marijuana plants.

Given complex “terms of service” agreements on most sites and Web applications, Mr. Rotenberg said people do not always realize that comments or content they generate are publicly available.

“People are led to believe that there is more limited disclosure than there actually is, in many cases,” he said, pointing out that Facebook’s frequent changes to its privacy settings in recent years may have put some people at risk in getting a job now because of personal information they might have inadvertently made public.

“What Facebook was doing was taking people’s personal information that they made available to family and friends and make that information available more widely to prospective employers,” said Mr. Rotenberg, whose organization has several pending complaints at the Federal Trade Commission about Facebook’s privacy settings.

Joe Bontke, a manager for the Equal Employment Opportunity Commission’s office in Houston, said that he regularly reminds employers and human resource managers about the risks of violating federal antidiscrimination employment rules and laws by using online research in hiring decisions.

“Things that you can’t ask in an interview are the same things you can’t research,” he said, which includes the gamut of information covering a person’s age, gender, religion, disability, national origin and race.

Dave Clark, owner of Impulse Advanced Communications, a telecommunications company in Southern California, began relying on Social Intelligence for background screening because he said the company needed a formal strategy and standards before assembling online information about job candidates. “They provided us with a standardized, arm’s-length way of using this additional information to make better hiring decisions,” he said.

About half of all companies, based on government and private surveys, now use credit reports as part of the hiring process, except in those states that limit or restrict their use. As with social media background checks, there are concerns about information that is surfaced. The equal employment agency filed a lawsuit last December against the Kaplan Higher Education Corporation, accusing it of discriminating against black job applicants in the way it used credit histories in its hiring process.

But it is not unusual for senior-level executives in many companies to undergo even more complete background checks by a private investigating firm.

“We are living in a world where you have an amazing amount of information and data on every executive,” said Ann Bilkhorn  an executive recruiter in the converging technology, media and communications industry. “I think that puts the burden on the recruiter and the hiring manager to be really thoughtful about what is important and not important when making the hiring decision.”

Alas, be careful whether you use social media for entertainment or for work purposes because people are or will be paying attention. Words of wisdom.

Thanks to The New York Times

A Google-commissioned study on smartphone usage has confirmed just how addicted we are to our devices and revealed how we use them to help make purchasing decisions.

The data, which were laid out by Google in detail during a webinar yesterday, revealed a ton of information about how we use the devices in general. A couple of takeaways were particularly interesting for businesses large and small.

Yeah, So We’re Addicted. So What?

For starters, 89% of smartphone owners use them on a daily basis, and many of them interact with their devices several times per day. People even said they’d rather give up such pleasures as chocolate, beer and cable TV than do without their treasured electronic companions. This is hardly shocking news, but it confirms just how connected smartphone owners are to their devices, a fact that has a slew of implications for marketers and businesses in general.

The research showed where (at home and on the go, mostly) and how people use their smartphones. Interestingly, more people (81%) said they browse the Web on their device than said they use native applications (68%). For ecommerce sites and other businesses, these numbers suggest that investing in one’s mobile-optimized Website could be more important than building native apps.

How Smartphones Help Us Buy Things

One thing for which people seem to use their iPhones, Blackberrys and Android devices quite a bit is shopping. Nearly 80% said they use their phones for shopping and shopping-related activities and 70% use their phones in stores.

Most people (67%) said they use their smartphone to do product research and then purchase an item in a store, followed by the 23% who research on their phones, check the product out in the store but then ultimately purchase it online.

The researchers also looked at what types of actions people take after conducting a mobile search. More than half (53%) ended up making a purchase and 68% visited a business online or in person.

People are far more likely to notice ads when using their smartphones than they are in many other circumstances. Eighty-two percent of respondents said they noticed mobile ads, and about half of them said they were likely to take some kind of action as a result, whether it be conducting more research or actually making a purchase.

The study was conducted by interviewing 5,013 U.S. adults (aged 18-64) about their phone usage. Although these results pertain to American users, a representative from Google said they’ve seen similar data in other countries.